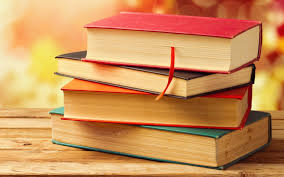 Hey all, I figured I’d drop a sample out here of something that’s in process right now. Don’t know when it’ll be available for general circulation, but it’ll happen sooner or later- promise!

In full view of the BMP, Jack stood up. Fourier began to fire at the dismounts immediately, his 240 cut loose in long bursts. Jack watched them tumble as he put the LAW on his right shoulder. His left hand held the front of the tube, his right hand curled around the top, where his middle finger rested on the rubber button that would fire the weapon. He lined up the two circles on the sights, and placed the circles on the center mass of the BMP.

In a detached fashion, he watched as the vehicle’s turret swung in his direction. Within a second he would be cut to shreds, if the dismounts didn’t get him first.

Jack pushed the rubber button down, the weapon fired, and he dropped back in his hole without looking. There was a sharp explosion. Immediately, he grabbed his M4 and popped back up. Fourier was firing continuously, his belt raced through his gun.

The BMP was smoking, the remains of a man were hanging out of the top of its turret. Jack barely registered the fact, he was too busy shooting at darting figures. More BMPs were crossing the pond; many more were destroyed. They just kept coming. Jack felt as if he were in one of those nightmares where he shot and shot at the Germans, but his bullets seemed to have no effect.

No matter how many of them he killed, there were always more.

One smartass was hidden behind a tree, he kept popping up and letting bursts loose from his AK. Jack fixed him with a grenade. Another fellow was actually trying to swim across the pond. After half of a second of disbelief, Jack put a round in him. The man stopped swimming and sank.

The 240 stopped firing. Jack looked over and saw that Fourier was dead. He had stopped something, at the moment Jack didn’t know or care what. The gun needed to run, but it was smoking, shells and links lay everywhere. Calmly, with supreme detachment, Jack hit the change lever on the side of the gun, swung the handle up and jerked the barrel out. He tossed it to the side. While whistling a happy tune he reached over, grabbed the spare and popped it into place. He felt rather than heard three clicks as he locked it down with the handle.

Hell, he couldn’t hear anything. A BMP climbed out of the pond catty-corner to his position, to the south. He nestled behind the blood-spattered gun and waited to die. For the moment, there was nothing to shoot at, so he didn’t shoot. And then, out of nowhere, a Russian dropped into his hole.

An intense rush came over him; it felt as if someone had dropped a grenade into his central nervous system. He rolled back from his gun in shock; the Russian seemed to go through something similar. In a flash, Jack noted his green camouflage uniform and his garrison-capped head. He saw the red enamel star on the hat with brilliant clarity, and the soldier’s brown eyes and farmer’s face. In slow motion, Jack watched the man bring his weapon to bear.

But Jack got there first. His .45 seemed to grow from his hand. With the speed born from mortal danger he swept the safety off with his thumb and fired. His first round missed, but the next four didn’t. He barely felt the recoil, he watched the man jerk and die.

As if in an echo chamber, he heard the nearby squeak of tank treads.

This, thought Jack, was it.

Hope y’all enjoyed it, there’s more where that came from.