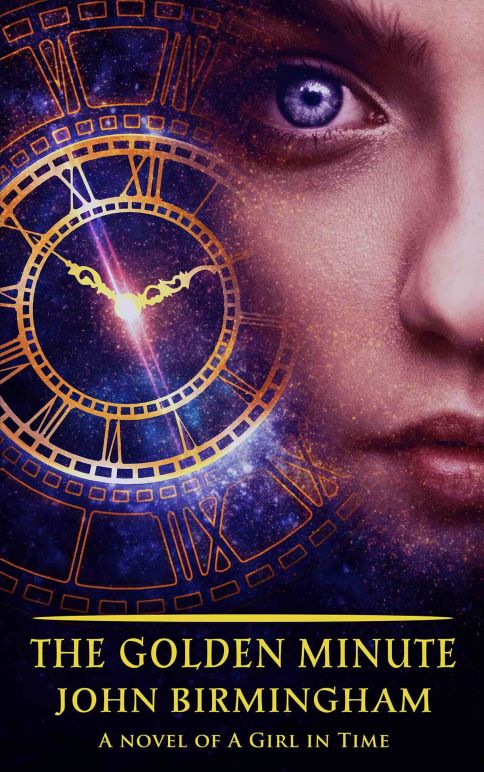 BLUF- For time-travel fans, a must-read.

One of the author-ish things I do is help people out with beta reading. Not everyone is familiar with the concept, so I’ll describe beta reading as I’ve done it. Someone sends you a manuscript, either as a Word document or a Dropbox file. Personally, I prefer the Dropbox file. Of course, in theory someone could send you a paper copy. But wow, would that be cumbersome. I actually did this to my father when I produced In the Valley, my very first book. But that was before I knew any better.

You have to force yourself to be honest and analytical about the work you are reading. This is particularly difficult when the writing is really good, as you start getting ahead of yourself. One needs to slow down and look hard for faults, for stuff that doesn’t work, or is unclear or inaccurate. As you go you leave comments for the author, to act upon as he or she chooses. I rarely make a correction without leaving a note that I have done so- it could be that the author doesn’t agree with my change or note, and it’s important to remember that it’s NOT YOUR BOOK.

Now, I am not a master of the Chicago Manual of Style. For that kind of work, you need to hire a no-kidding trained copyeditor, which I am not. What I am is an avid reader, and I like to think I can pick up typos, howlers and flow issues. When I beta read, I try to strengthen a given work- post-publication reviews can be merciless, and there is a subset of people on Amazon who live to one-star books. As a beta reader, you are not doing the author a favor by failing to point out weaknesses or mistakes.

I say all of this by way of full disclosure. I was a member of the beta team for The Golden Minute, and as always I enjoyed the experience immensely.

Let’s talk about The Golden Minute, John Birmingham’s second book in the Girl in Time series. Long-time readers will know that I’m a big fan of JB’s writing. Years ago I used to carry his books around with me in my rucksack or assault pack overseas. I have read and re-read his stuff. So if he publishes something, I will surely buy and read it.

I was delighted by what I encountered in The Golden Minute. From the first few pages, I was struck by a few facts. One. No-one beats JB for creating and sustaining tension in a given work. Two. Birmingham does deep research into his subjects and milieu, partially in this case early Colonial Massachusetts. Three. JB can do complex character development and interaction.

He takes these three points and violently smashes them together into a whirlwind tour through time that is hard to put down. Just when the reader thinks that things are hairy enough, Birmingham clicks the verbal ratchet strap just a little bit tighter, until the reader finds themselves staring at the pages over a half-forgotten pizza dinner at three in the morning.

Seriously, JB, this kind of thing is bad for one’s health over the long term. However, in the short term it’s eminently satisfying. And the short term is where most people live.

This book was a challenging one for a beta reader. I had to repeatedly stop myself from jumping ahead and seeing WHAT COMES NEXT. Tracking the misadventures of the Marshal and Cady and watching their interplay was thoroughly entertaining. The two protagonists are as different as could be, both temperamentally and temporally, yet their stories intertwine seamlessly throughout the work to its conclusion.

At the end, of course you want more. This is as it should be. As is fitting in a second book in the series, many questions remain unanswered, and more challenges lie ahead.

If you haven’t done so, read A Girl in Time. Then get The Golden Minute. After that you can be pissed off that the third book simply isn’t ready yet.

Patience is a virtue, after all.

UPDATE: The Golden Minute has gone wide, you can score a copy on Amazon by clicking here.