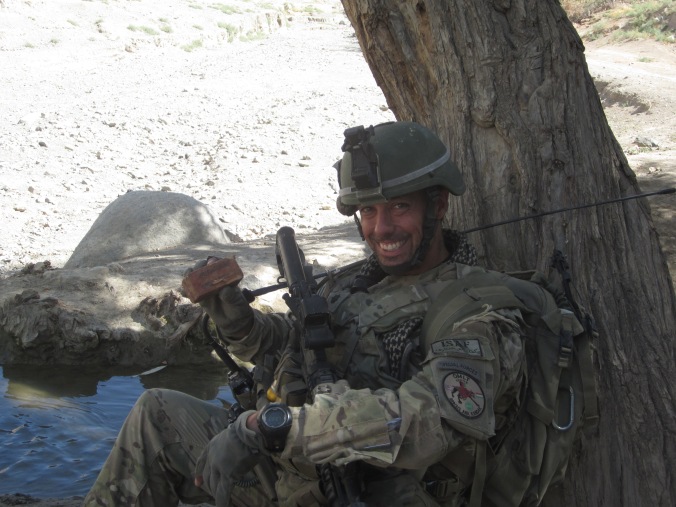 The Final Installment of the Special Forces Series.

We wrapped up the interview with Howard’s final mission, leading a team of combat advisors in Afghanistan.

I asked him what the most memorable moment was.

He said, “Actually, it was you (JL) getting into that firefight.”

“Arzangan. I remember the night before Arzangan, we had those shitheads that we knew had tried to put that IED on the road for us when we went in…I wonder some of the shit that was going on in there…whether we got the full story on some of those assholes.”

“But I remember thinking OK, we know we’re going to go into Arzangan, I remember sitting and having a talk with Charles Bronson (nickname, JL), (REDACTED), who was in charge of the police and Colonel Safi. (REDACTED) said, yeah, it’s my own guys who are spillin’ it. They’re telling the bad guys that we’re comin’.  And it was he who said, let’s set a trap. We’re going to tell them (the Afghan National Police, JL) we’re going north, but what you guys need to do is in the middle of the night go south, on foot. Surround the little village, and once you’ve set up a cordon, we’ll call them (the ANP, JL).”

“I had to make a couple of calls that night, and one of them that I regret was that we didn’t have enough interpreters to go around. I didn’t have a ‘terp with me. I had some people who had a little English, but it wasn’t good enough. It was a risk, it ended up not being a problem, but had I to do it again, I would have done something different.”

“Also, I would not have used Goddamn guides. ‘Cause we had a guide who said “oh, I know where to go” and he took us some circuitous route (I laughed, my final combat mission got screwed up by a guide as well). Trying to get on top of the hill, it’s barely light and we realized we’re about a klick off. ‘Cause you guys were way down in the valley. And we were supposed to be looking directly down on where you guys were and we were out of position. The Afghan company commander pushed some guys down there, so we had some bodies out there, but we didn’t have the entire company.”

“And then I remember the fire starting. The firefight starting. And the immediate “OK. We’ve done this before, we know what we’re doing,” and then the wheels began to turn. Fuchs and Buettner (our JTACS, or forward controllers) started getting everything together. I turned to them and said “get me some air.” I waited before I called you, because you were just developing the situation. But, of course, back at Camp Barata they’re going “What’s going on?” in Hungarian, which was very helpful.” (Combat operations in four or five different languages could be convoluted. English, Hungarian, German, Dari and Pashto.)

“Thankfully, we had the gringo channel, and we all dropped down to the gringo channel so we could talk. I did have dual comms, which was a very big thing we had learned from our first firefight. But then having that rolling, and then talking to you I was just realizing that having gotten everything moving in the right direction, there wasn’t anything else for me to do but stand up there.”

“I remember asking you whether you needed illum (illumination flares), you said “No, we know where they are.” And I thought this was going to be fun getting those idiots back there to fire illum mortars… Yeah, just standing back waiting for the situation to develop.”

“It felt surreal. Watching the fight go on and thinking “What else should I be doing? What else needs to be happening right now?” Everything was already turning, everything was moving in the right direction. And then the firefight started to subside, and I started getting more information from you, pushing people in the right direction. The Police were already on the way, cause they had gotten tipped, but they still didn’t show up for another hour.”

“It was a little while after that I got down into the village. I didn’t get to the site of your fight, but I did get to where they were holding all the other shitheads. You know, the same thing we were talking about…the lamentations of their women. But our kids were going off to prison, or whatever they ended up doing with them.”

“I dunno. There are a million things I’d do differently, but I couldn’t tell you the first thing.”

As long as I live, I’ll never forget this remarkable man, or the others I served with on Team 1.6.

It’s been an honor to share LTC Pearce’s tale.