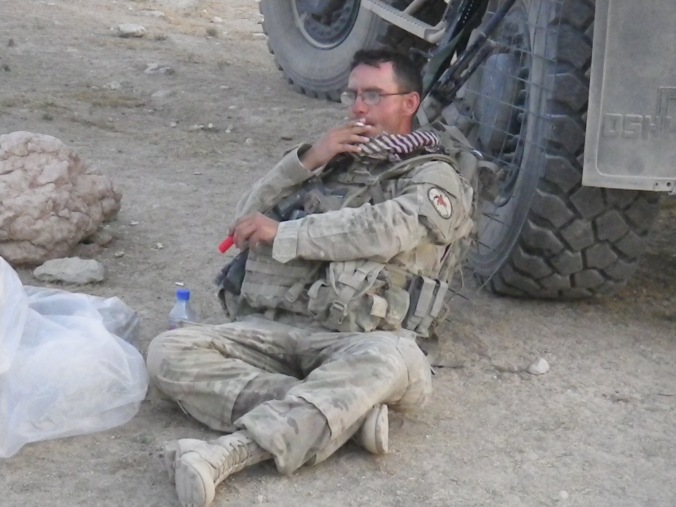 “The Forever War,” by Joe Haldeman, is one of the best science fiction war novels ever. I’d even go so far as to say it’s right up there with “All Quiet on the Western Front,” another amazing book. The title of Haldeman’s book speaks to me of our current predicament; war without end.

The developments of this morning sadden me. It seems a US drone was shot down by the Iranians, this is a further escalation of the deteriorating security situation in the Persian Gulf region.

I spent a big fat thick slice of my career in the Gulf and its environs, it’s a dangerous place. For the past thirty years it’s been like a kicked over anthill, there is always a conflict somewhere. As you all are doubtless aware the US military has been heavily engaged there since 1990 or so.

In theory, this is no longer my problem. My war is over along with my career. But that’s not the case.

First, the war is never over for those that have fought. Not until all of us are dead.

Second, my war is demonstrably not over. All I have to do is turn on the TV or look at Yahoo news. Not in Iraq, not in Syria, not in Yemen, not in Afghanistan. And maybe now a new front opens. Jesus wept.

Finally, a close family member has chosen to follow the colors. She leaves for Basic in August, her MOS is 68W, combat medic. At her high school graduation the students who had opted for a military career were asked to stand, there were something like ten out of a hundred odd.

Every one of them is now subject to being fed into the Middle Eastern buzzsaw. Army, Marines, Air Force and Navy.

They are kids who have made an adult, and fateful, choice. I respect that. At the same time I rage against the forces that have shaped our world into what it is. Can’t we ever stop pulling triggers, dropping bombs? This makes me sick. Weary. Like in the photo above, taken at a moment of exhaustion.

This time, there is nothing I can do but watch and hope for a peaceful outcome.

But how often does that happen?

For the graduating class of 2019, I wish boredom and routine for the aspiring military enlistees. I hope that they get few medals, no wreaths, no free VA care. Maybe that’s not what they want. But how can you bring across that you have to be damn careful what you wish for? Only experience teaches that.

“False is the vaunt of the victor.”

Truer words never spoken, it’s a line in the poem by Robert Leckie, a veteran of Guadacanal.

One thought on “The Forever War”