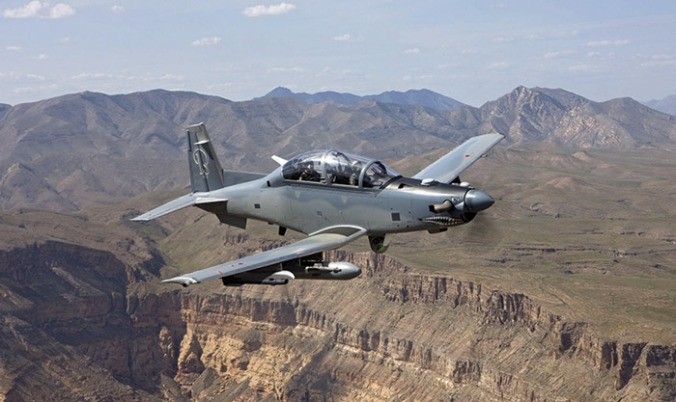 As my long time readers know, I have been following developments on the Air Force choosing a possible replacement for the A-10. Well, they have really surprised me.

It seems the AF is going to deploy two finalists in their competition to an actual combat theatre for a final test. An article here tells about their decision.

As I wrote in an earlier post, one of the aircraft that will be deployed is the Textron AT-6, a stout, deadly little turboprop. This is an aircraft tailor made for the CAS role- lots of loiter time, tons of munitions, and capable of taking some hits.

However, the Air Force will test the bird for real. In combat. And the winner will get the contract.

I have to hand it to the boys (and girls) in blue. This is a no-kidding common sense way to pick a combat aircraft. Put up or shut up, load it with munitions and send it into harm’s way.

It’s a genuine acid test that no amount of simulation can equal. I wouldn’t have believed the DOD was capable of common sense with weapons procurement, and then they go and do something like this.

Good luck, and may the best aircraft win.