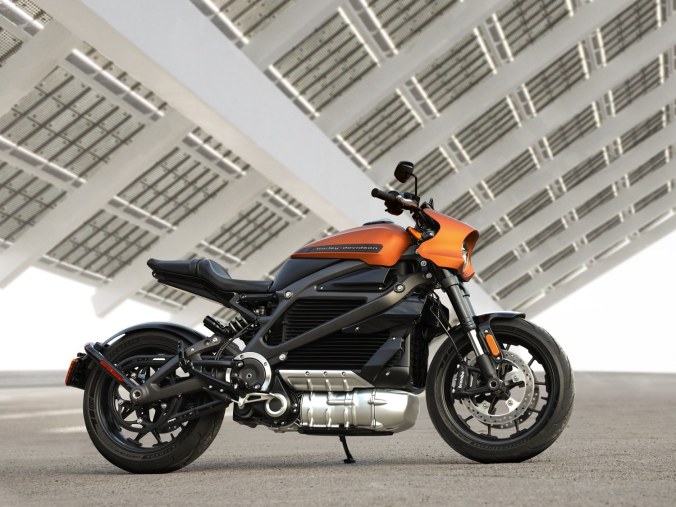 I came across an article on the internet today about an exciting new electric bike from Harley-Davidson, of all companies. This is cool, and I think it’s the wave of the future; a wave that right now is coming in dribs and drabs.

Within the following decades the gasoline engine is going to go down the same path as the horse and buggy. The combustion engine has hit a wall in terms of efficiency, there’s only so much performance that can be squeezed from its century plus old design. As we speak the transition to electric vehicles is underway.

On my last road trip I saw probably about seven Teslas pass us by in our stodgy Subaru, I smiled each time I saw one.

My turn to buy an electric will come when they are competitively priced, reliable, and the recharging infrastructure matches or is comparable to diesel fuel. What does this look like?

I need (and probably millions of consumers like me) a car that will go about four hundred miles in a charge. The car must recharge in about a half hour on the road, with the capability to trickle charge at my residence. It must cost no more than 25k in 2019 dollars. The vehicle must be reliable, with a service life of about ten years.

All the other stuff, like “seats four,” “large cargo capacity,” “attractive appearance,” etc., are all old hat for the engineering and marketing folks. The other stuff in the paragraph above is close to attainable now.

Some would say that you should be willing to spend a 10k premium on an electric car. My response is that 7/8 of consumers would strongly disagree. In order for the electric to break out into mass usage, its price and performance must be on par with gasoline products or the ordinary Joe or Jill will not lay down hard-earned cash to buy them. Period.

I bought an amazingly efficient truck in 2013, a 1500 Chevy Silverado. Great truck, does everything I ask it to do. Hauls, pulls, good off-road capability. Twenty-one miles to the gallon with a 5.7 liter engine, this is an almost miraculous level of fuel efficiency. But it’s not good enough. Ideally its fuel usage would be zero.

In this household, there is a different standard for trucks. A car must last five to seven years. A truck must last for twenty.

It’s not unreasonable that by 2033, when the grey Chevy is scheduled to be retired, that we can replace it with what will probably be my final truck- hopefully a tough, four-wheel drive electric beast.

This would be the ideal world. No more gas burners parked in my driveway by this century’s third decade.

If Harley can make a cool electric bike now, then Chevy can make a tough, economical, no-nonsense electric truck by 2033.

Tesla is leading the way.

The others are following suit.

Mr. Musk demonstrates conclusively that we don’t need a government plan to forge into the future, whether that be here on Earth or in space. What we need is true leaders with a vision; these leaders need to be backed by science, engineering, and a great marketing team. We have these people. They are making a better future happen right now.

Ignore the static. Feel the groundswell. Avoid the pitfalls.

The future rides a Harley.

One thought on “Going electric”