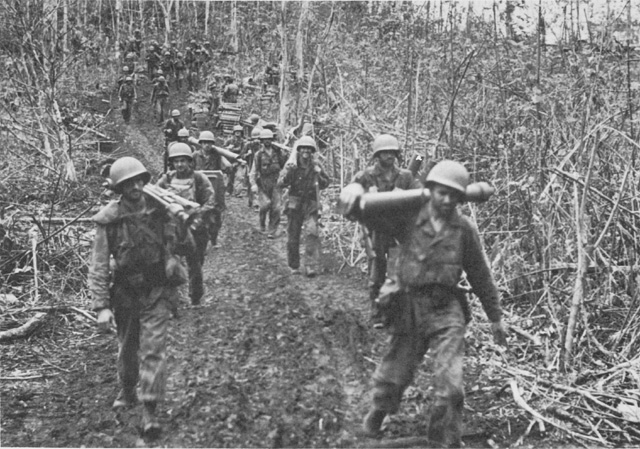 Usually Americans don’t think much about the Pacific rim. In the popular imagination they are a series of idyllic atolls with white sand beaches and swaying palm trees. For an older generation, they were the scene of vicious struggles. Misery and death beneath the merciless sun, facing an enemy that didn’t know when to quit. My uncle Russell fought in those tiny islands with the 37th Infantry, it was bad news.

So my eye was caught by an article about the current effort by both Australia and China to win friends and influence people among the rash of islands between the two nations. This is a deep extension of the earlier effort to wrest control of these island nations from the Japanese once they had been lost in the dark days of 1941-42.

Since that time all powers in the Pacific have been painfully aware of the strategic importance of these tropical idylls, those green jewels almost lost in the blue vastness of the ocean. The island nations could serve as power projection nodes as they have done in the past; an open question is whether China will seek to build an overt military base in the region, using its loans as leverage.

The Chinese say they have no such plans.

Maybe not. But the islands are certainly a temptation for them, and an opportunity in case they wish to expand their military reach in the area. My layman’s take is that the Aussies and the Yanks are probably right to be concerned. And any old Pacific veteran will tell you it’s better to hold the islands than to have to re-take them at some future date.

This is a modern-day version of the Great Game, and we get to watch it in realtime. I do wonder if the Western leadership is capable of facing the Chinese. The Confederate General Forrest, for all his flaws, said it best with “get there first with the most men.”

So who will “get there first with the most men?” And what consequences will that have?