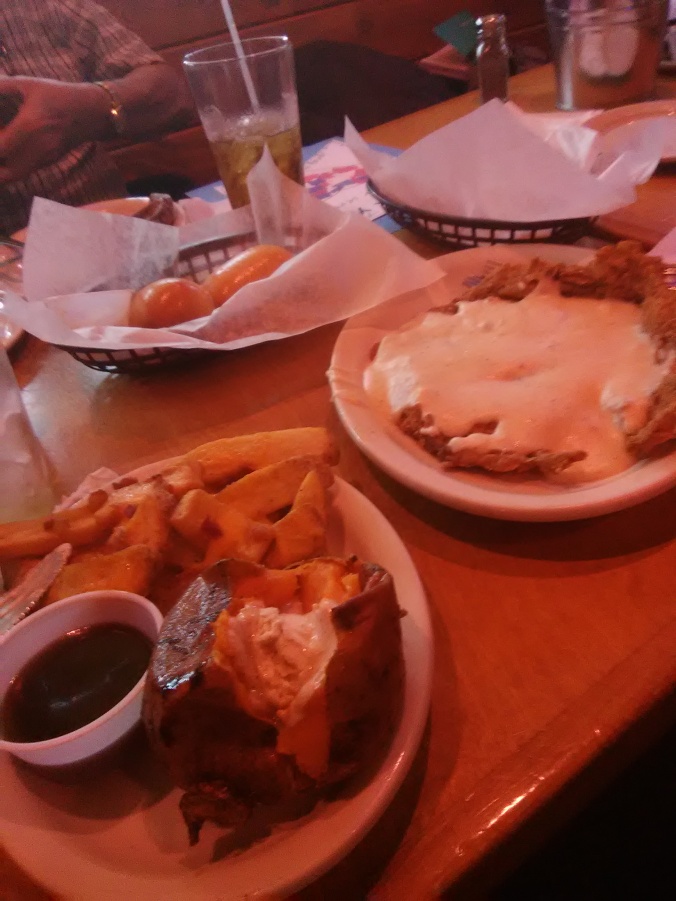 Hello, everyone. Today’s subject is Veteran’s Day here in the ‘States. I’m not going to go into detail about the day, its traditions, or everything that went on or events that were planned.

Suffice to say that I was asked to attend an event at my alma mater, and I did. It was nice, appropriate. Also, received a few thoughtful texts from friends and family. Those people know better than anyone what has been done overseas in their name.

This 11th of November was a little different in that my own daughter is now in the process of becoming a veteran herself, and I was talked into attending a complimentary lunch given by Texas Roadhouse. For those of you unfamiliar with the restaurant chain, they serve American Western style food for reasonable prices. A nice establishment to eat at.

A lot of places have give-aways or freebies on Veteran’s Day for those who hold a valid VA or military ID. Usually I don’t go around hunting for this stuff, but hey, Texas Roadhouse. Really hard to refuse. I haven’t been there since I went on a diet, and for good reason.

What I had today was a diet-smashing caloric bomb. But wow, was it good. The waitress even refused a tip; this was crazy as she was really hustling. When she disappeared, I left a ten-spot on the table and left before she could protest. Veteran’s Day or not, she deserved it.

The restaurant didn’t give some token meal or a free coffee. No, as you can see from the picture, it was sizable. My mouth sagged open a little when they brought out the breaded steak, my word, it covered the plate. It would have been easy, and still very much appreciated, had Texas Roadhouse given out a small complimentary lunch.

As you can see from the photo above, the lunch was not small. Also, there were fifteen choices of entrees, all of them gratis to the admittedly older crowd.

Well, Texas Roadhouse, here’s one veteran who appreciated your gesture.

My thoughts? What the hell did I ever do to deserve this? I am fortunate. Thanks again, everyone, for your support. Friends and family, comrades, VA workers.

All veterans have yearned for some version of “home.”