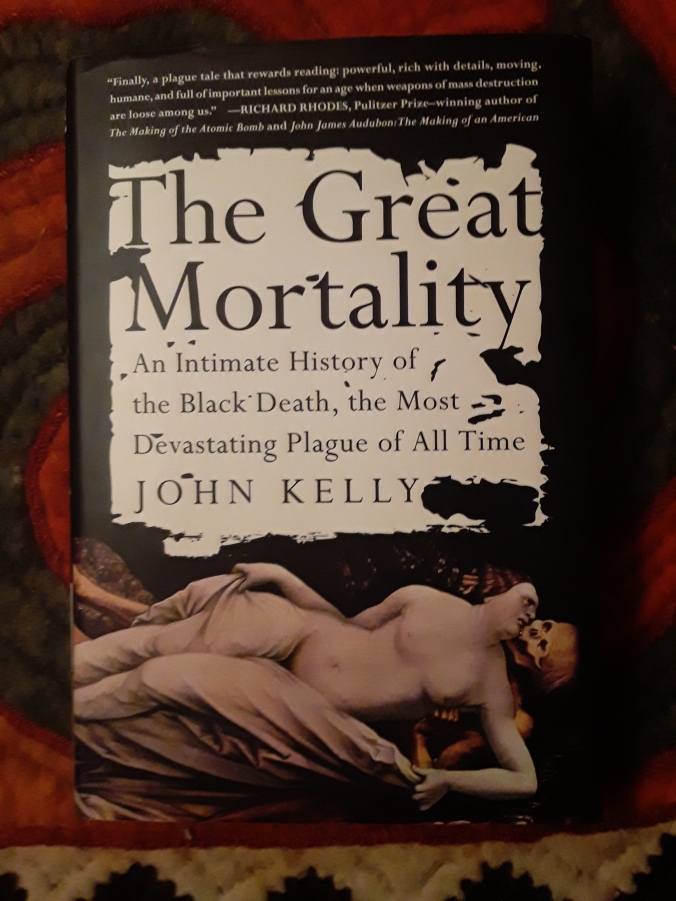 The above book is a gem I found over a decade ago, I read and enjoyed it in less fraught times than these. Well, it appears that our world is no less prone to disease than the world of our ancestors, although we usually have some prospect of recovery without some overzealous monk draining our suppurating buboes (yes, this is a word) to balance our bodily humors.

You all are doubtless aware that I speak of the Corona virus.

You are also aware that I have some travel upcoming.

Wow, I picked a winner this time. Hopefully I can manage to get down to Oz without full biohazard gear and a respirator, but I guess time will tell. As a friend of mine said, I could show up just as everyone is getting into the beginning stages of Book Of Eli mode.

So what does the fashionable traveler bring during the zombie apocalypse? Or a mere pandemic?

I’ve given this some thought.

I can’t just bring an M-4 and some frags. Security frowns upon such excesses.

Well, looks like I’m just going to have to go more or less raw-dog. Of course I will have a lightweight tent. A mess kit. A canteen. Compass. Map of my destination.

Because without a map you have NOTHING.

After all, it is unlikely that your hosts will share food with you during the dawning horror of civilizational collapse. So you need enough food to buy time; time to get familiar with the local edible stuff. In Australia I am dead as shit because I literally know nothing about Aussie flora and fauna.

I do know that you can get messed up by a kangaroo, that European hares are a pest (and can be killed with a stick), and not to handle a platypus.

Can you eat a koala, or do you go straight to hell for that? Probably hell.

As for edible plants, maybe there are dandelions in Oz. The damn things seem to have spread worldwide.

I’ll have to up my game for sure. If I wanted security and comfort as the world burns, I could stay here in Festung Lambright. Instead I choose to venture forth while the sensible ones visit relatives in the country.

My shrink would be proud that the only weapon I’ll have at hand isn’t a weapon.

It’s a camping shovel, known in the military as an entrenching tool. 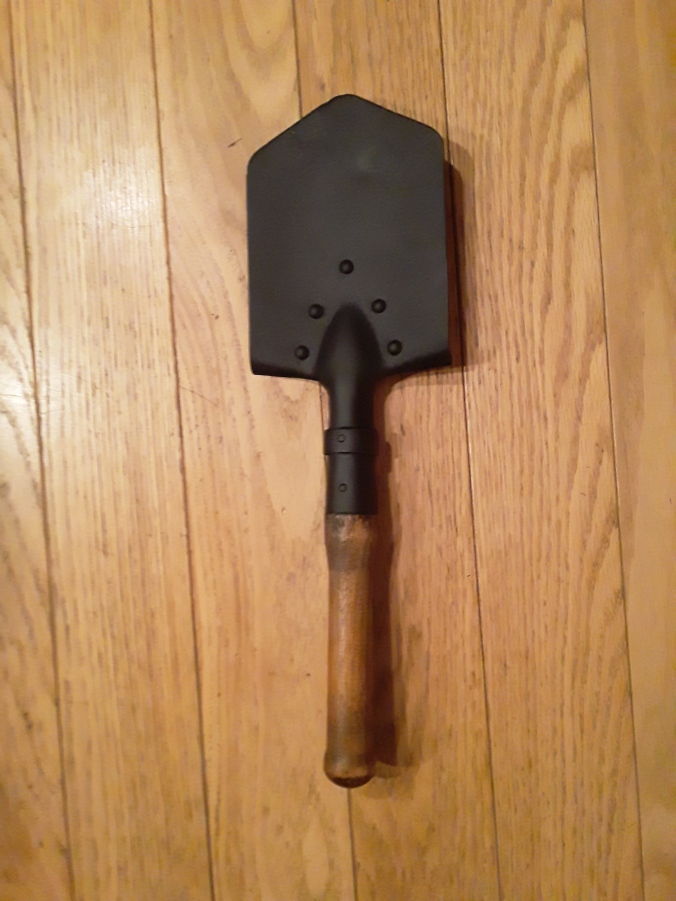 Go read “All Quiet on the Western Front / Im Westen nichts Neues” and then curse yourself for a fool. I’d rather have one of these than a tomahawk or a knife. Seriously. Especially if you give the edge a touch up with a grinder.

My VA shrink wouldn’t be happy about me catastrophizing and drawing up worse-case scenarios, which is what this whole article basically is.

No, I’m going to go hang out in a really cool place with really cool people who I have been rather keen to meet for years now.

I’ll just have some camping gear where I stay, that’s all.

Nothing more than that.