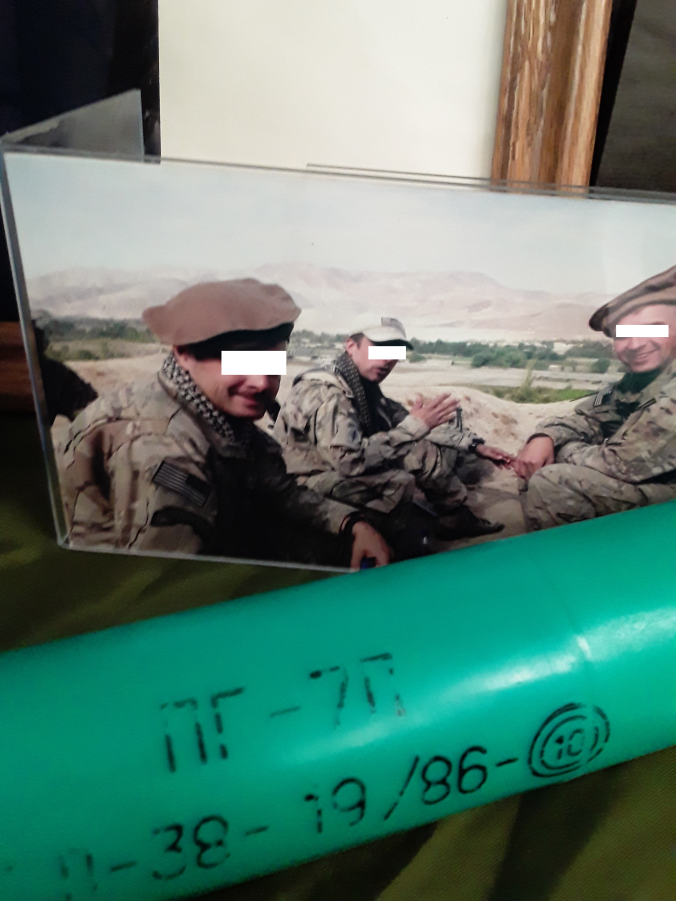 The photo above was taken in Afghanistan, 2011 with Advisor Team 1.6. Closest, left is Pete the Ranger.

I attended a remarkable gathering today, it was a celebration of the past career of Pete the Ranger. I’ve written at some length about this gentleman, he was my old Team Sergeant in Afghanistan. If you look back at 2017, you can find some of his pieces. Ham Slice, The Girl, The Tiger and the Monkey, Pete’s Ranger School Overview, Limits.

Now his time in the Army is through. He started off as a fresh eighteen year old before the First Gulf War. Pete went straight to the Ranger Regiment out of Basic and AIT, then directly to the Gulf. He attended many schools, fought on many fronts, was promoted and thrived. But you can find a lot of this stuff in the articles mentioned above. Today I took some pretty cool pictures of stuff I’ve never seen before, it was laid out on a display for family and friends, comrades.

Here’s Pete after the Gulf War. 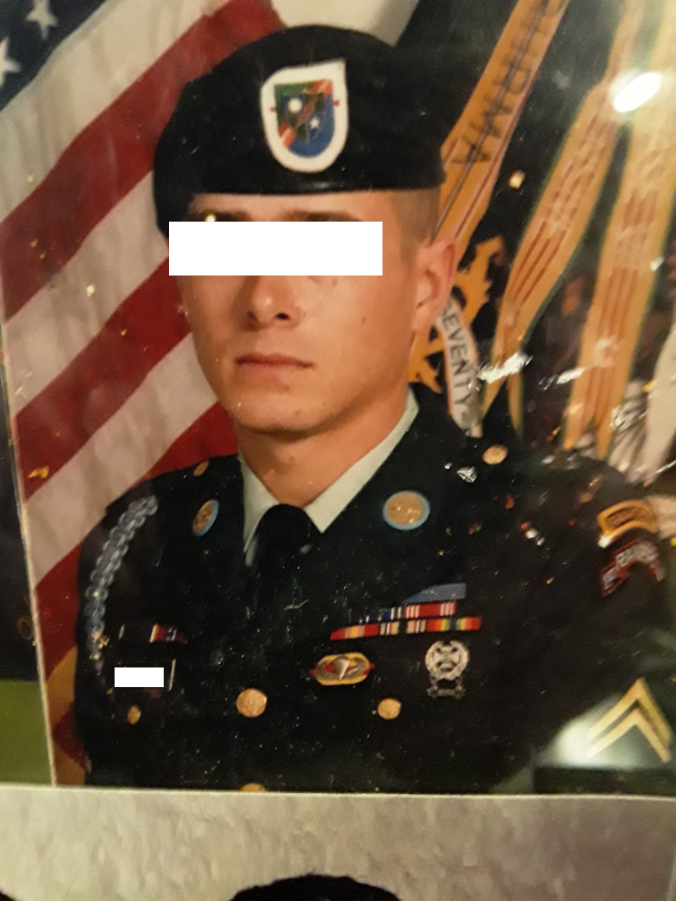 Today’s article is going to be a bit of show and tell. Something I’d like to zoom in on is Pete’s old-school black Ranger beret. It is pure hell to earn the right to wear one of these.

The colorful fabric “flash” is for the Ranger Regiment (the 75th). It has one horizontal red bar for 1st Battalion, Pete’s unit. Worn superimposed upon the flash is the enamel Regimental crest for the 75th with its distinctive red lightning bolt. This is worn only by these elite soldiers. Period.

Something else I chose to zoom in on is boots.

Nothing tells the story of an infantryman like his boots. The pair above is a worn almost to destruction pair of Vietnam-era jungle boots, they were still being issued through about 1992 or so. I used to have a pair. Mine went to Turkey, Mike’s went to South America and other garden spots.

And how could I miss his desert jungles?

There is no better boot, in my opinion. A shame the Army quit issuing them. They were replaced by an inferior product, of course. Hidden in the cracks of this pair is moon dust from Iraq and Afghanistan. The stuff never goes away, no matter how hard you scrub. Kind of like Lady MacBeth’s bloody hands.

There was a lot of stuff.

Here’s another hat, and my favorite picture.

Readers, it is hard to describe what a total badass you are as a junior enlisted soldier to wear a hat like this. Pete passed Ranger School as an E-3(!), his rank on this hat is E-4 (Corporal). He eventually made it to Master Sergeant, E-8.

He was asked to give a speech. Pete doesn’t do speeches. Today was no exception. What did he say, as a reflection on 30 years of long and painful service? Distinguished service that really was distinguished? What did he say to the nine present members of Advisor Team 1.6?

He looked us over, shook his head and spoke.